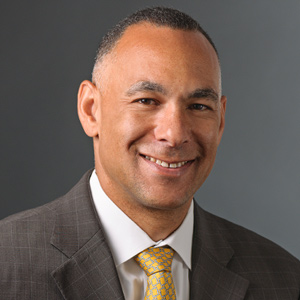 Mr. Johnson has structured and negotiated ground breaking transactions in the media and entertainment industries – resulting in both lucrative financial benefits and extensive creative control for his clients.  In addition, he has helped his clients identify and exploit important ancillary revenue sources, such as licensing, endorsements, merchandising and publishing.

In 2008 Mr. Johnson was the youngest person recognized by The Hollywood Reporter as one of the 100 Power Lawyers in the Entertainment Industry – he has remained on that list every year since.  He was also named one of the Root 100 Most Influential African Americans in the United States.

He is a graduate of Rutgers College and NYU School of Law.

Mr. Johnson is President of the Los Angeles Police Commission, is a former member of the Board of the Airport Commissioners of the City of Los Angeles and is an At-Large Member of the Democratic National Committee where he serves on the Budget and Finance Committee.

Mr. Johnson was awarded the President’s Volunteer Service Award, honored by the Zeta Rho Foundation for his positive contributions to society and the youth of greater Los Angeles, and is a proud recipient of the Dream Keeper Award from the I Have a Dream Foundation for his dedication to education.

He lives in Los Angeles with his wife Yasmine and four children, Kailey, Nicolas, Maverick, and Malala.